The mission of Lerner Research Institute's Genomics Core is to provide easy access to state-of-the-art DNA and RNA services to Cleveland Clinic investigators, as well as external academic and commercial users.

The Genomics Core uses cutting-edge genomics technology to generate top-quality data with a rapid turn-around time at an affordable cost. We offer a wide range of services, including Illumina microarray-based gene expression profiling, genotyping and next-generation sequencing (NGS). Our lab is equipped with the renowned Illumina MiSeq desktop sequencer and the Illumina NovaSeq 6000, which enable rapid and effective targeted and whole genome analyses. We prepare and normalize libraries for RNA-seq, miRNA-seq, DNA-Seq, whole genome sequencing, and single-cell RNA-seq. Other services include DNA/RNA QC on an Agilent Technologies Bioanalyzer and Tapestation systems, shearing of DNA and chromatin with Covaris S2 technology and microarray data analysis support. We also collaborate with the Genomic Medicine Biorepository to extract DNA and RNA for our users.

The Genomics Core team can work with individual users to provide services not listed here. We also provide letters of support for federal and nonfederal grant applications and are open to research collaborations. Please contact the Genomics Core at LRIgenomics@ccf.org or 216.444.7124 for service requests and daily communication. All scientific questions or questions on design should be directed to Dr. Lim at limm3@ccf.org and Dr. Cheng at chengy@ccf.org. All requests for letters of support for grant applications should be directed to Dr. Cheng at chengy@ccf.org and Dr. Eng at engc@ccf.org. All other questions can be directed to LRIgenomics@ccf.org. 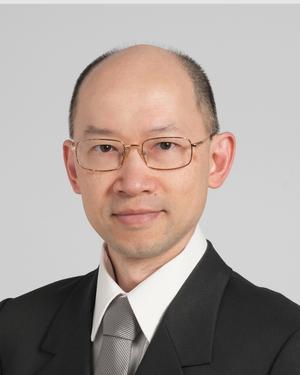 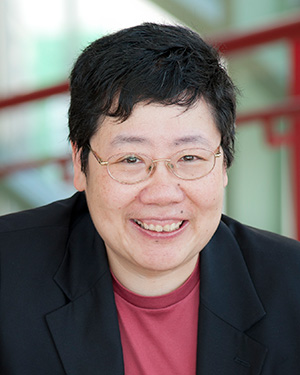 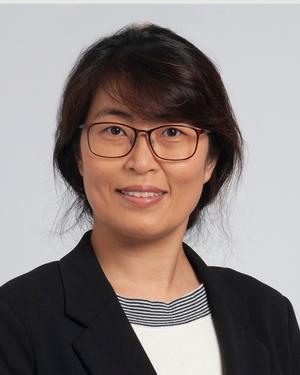 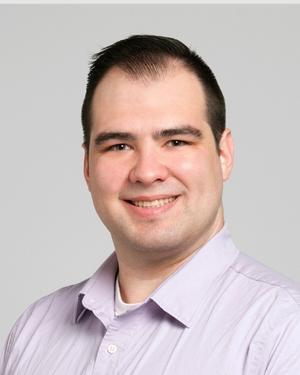 The advent of next-generation sequencing (NGS) has revolutionized scientific discovery in fields ranging from human disease research to environmental and agricultural sciences. On a per-sample basis, NGS is significantly cheaper, quicker, needs significantly less DNA than Sanger sequencing and possesses several other advantages:

NGS services offered in the Genomics Core include library preparations and sequencing for a wide range of applications, including RNA-seq, miRNA-seq, DNA-Seq, single-cell sequencing, and whole genome sequencing.

The Genomics Core is equipped with the latest upgrade of the Illumina NovaSeq 6000 as well as the Illumina MiSeq benchtop sequencer allowing us to provide the whole range of next-generation sequencing services at an affordable cost with rapid turnaround time.

Outside Cleveland Clinic users will receive an email upon completion of projects with information about how to download their data from our secured FTP server.

Custom protocols for microarray hybridization depending on RNA concentration (from 500ng/µl to 500pg/µl). RNA is first converted to cRNA and hybridized to probes on chip.

Quality of samples is one of the most important factors that determines the success of sample processing. The Genomics Core uses well-established quality control procedures to deliver the highest quality of data to our users.

The 2100 Agilent Bioanalyzer is a microfluidics-based platform that provides accurate sizing, quantitation and quality control of DNA, RNA or NGS libraries. The quality of RNA is determined by RNA Integrity Number (RIN). The higher the RIN, the higher the quality.

4200 Tapestation is a high-throughput QC instrument which allows for fragment analysis of RNA and DNA (including gDNA) samples.

Invitrogen’s Qubit Fluorometer is a fluorometric-based platform and is the best choice for DNA and RNA quantitation. Qubit is more accurate than Nanodrop.

The Covaris S220 Focused-ultrasonicator is a high-powered system that uses controlled Adaptive Focused Acoustic (AFA) Ultrasonic Technology for shearing DNA, RNA or chromatin to specific fragment lengths in sample volumes ranging from 25 µl to 10 ml. The system can also be used for tissue sonication. Please contact us to inquire about the self-service Covaris S220.

For Single Cell Sequencing, the Genomics Core and Flow Cytometry Core work as a team to ensure the most efficient and effective workflow.

When cell sorting is required, the Flow Cytometry Core utilizes the 10X Chromium controller to isolate cells into individual partitions. The Chromium controller can then perform many types of Next Generation Sequencing library preparations, including single-cell gene expression and other protocols found on the 10X website.Once the cells are prepped and cDNA is generated, the Flow Cytometry Core passes the cDNA samples to the Genomics Core.

When cell sorting is NOT required, the Genomics Core performs from the 10X Chromium controller step to the sequencing. There are several quality control checks and additional steps of the library preparation. Depending on the protocol followed, the library can then be sequenced on the NovaSeq 6000 or MiSeq.

We provide free consultation on experimental design and sample preparation.

The Genomics Core partners with Eurofins and Genewiz for all capillary sequencing and primer/oligo synthesis. Sequencing samples can be dropped off the loading dock and NN hallway near mailboxes. Samples are picked up at 4pm Monday – Friday and results will be returned to your Eurofins account the next day. If you have any questions, please contact us.

The NovaSeq 6000 is a powerful and efficient ultra-high-throughput sequencing system that supports the broadest range of NGS applications and study sizes. The system uses the unrivaled data quality using Illumina's proven Sequencing by Synthesis (SBS) chemistry. The NovaSeq is a modular system which allows for the generation of massively-parallel sequencing data using a variety of different flow cells necessary for processing of pilot and large-scale genomics projects. Please visit the Illumina website for specifications on the diversity of sequencing capabilities.

The Illumina MiSeq is a powerful desktop sequencing system that is suitable for more focused applications such as amplicon sequencing, small genome sequencing, metagenomics, miRNA-seq, targeted gene expression, and HLA typing as well as cancer and custom gene panel assays. The MiSeq reagent enables up to 15 Gb of output with 25 M sequencing reads and 2 x 300 bp read lengths (600 bp-long fragment) and up to 50 million reads depending on run type.

For sequencing, we can generate all Illumina libraries in the Genomics Core. We also accept libraries prepared by users. All libraries, including those submitted by users will be QC’d at user’s expense to ensure quality. We are not responsible for sequencing failure for libraries submitted by users unless this is caused by sequencer breakdown. Please provide at least 10 µl of pooled libraries with a minimum concentration of 10 nM (see run specifications below).

The Covaris S220 Focused-ultrasonicator is a high- powered system that uses controlled Adaptive Focused Acoustic (AFA) Ultrasonic Technology for shearing DNA, RNA or chromatin to specific fragment lengths in sample volumes ranging from 25 µl to 10 ml. The system can also be used for tissue sonication. Please contact us to inquire about the self-service Covaris S220.

The Core utilizes the 10X Chromium controller to isolate cells into individual partitions. The Chromium controller can then perform many different types of Next Generation Sequencing library preparations including single-cell gene expression and other protocols that can be found on the 10X website

The Genomics Core offers a wide range of genomics services, including high-throughput sequencing, single-cell RNA sequencing, DNA and RNA library preparation, microarray and genotyping applications, and sample quality control. We are equipped with a Novaseq 6000 and MiSeq systems for a variety of sequencing applications. The Genomics Core utilizes an Illumina iScan for genotyping/microarray chip scanning, and sample quality control using an Agilent 2100 Bioanalyzer, 4200 Tapestation, Qubit Fluorometer, qPCR, and a Covaris S2 sonicator. In addition, the Genomics Core is a hub for all external capillary sequencing and oligo synthesis needs for Cleveland Clinic researchers. An Ingenuity Pathway Analysis (IPA) license is maintained by the genomics core and is available to users of the genomics and/or proteomics cores. The Genomics Core is a shared resource of the NCI designated Case Comprehensive Cancer Center (P30CA043703-28) and the NIH Cleveland Clinical and Translational Science Collaborative (CTSC).

Several library preparation options which are available for researchers interested in RNA-seq or DNA-seq, including samples with degraded or low-concentration genomic material. In collaboration with the Flow Cytometry Core, the Genomics Core prepares libraries of 10X single cell RNA transcriptomes, which allows for the simultaneous processing of up to ten-thousand individual cells per sample. Constructed genomic libraries can be assessed for quality using microfluidic chips which allow for accurate quantification of RNA and DNA fragments. Genomic libraries are consecutively sequenced on one of our Illumina HTS platforms with the ability to provide between 300 Mb – 3000 Gb of data, and can sequence fragments up to 300 bp in length (either unidirectional or paired-end). Genomics Core personnel are here to assist for consultation on which library prep and sequencing options are best for your experiment, resulting in the most cost-effective and robust data sets you need to confidently explore answers to your research questions.

The Genomics Core team can work with individual users to provide services not listed here. We collaborate with the Genomic Medicine Biorepository for customers who need tissues processed to nucleic acids. We also provide letters of support for federal and nonfederal grant applications and are open to research collaborations. Please contact LRI Genomics Core at LRIgenomics@ccf.org or Dr. MinHui Lim at limm3@ccf.org or 216.444.7124 for service requests and daily communication. All scientific questions/questions on design should be directed to Dr. Lim at limm3@ccf.org and Dr. Cheng at chengy@ccf.org. All requests for letters of support for grant applications should be directed to Dr. Cheng at chengy@ccf.org and Dr. Eng at engc@ccf.org.

View prices and request services through iLab. Register for an iLab account and visit the desired core's page to get started.
Questions? Contact Us